Oreo, the cream centred sandwich cookie, is asking fans around the world to join in its attempt to set the Guinness World Records mark for the “Most ‘likes’ on a Facebook post in 24 hours.”

The record attempt will begin on Wednesday, February 16 at 1am EST, when the Oreo Facebook community of 16 million fans from around the world will have 24-hours to “like” a post from the cookie brand. Per Guinness World Records rules established for this category, Oreo fans will have to rally a minimum of 45,000 “likes” to earn the title and become the World’s “Most Liked” Cookie. If successful, Oreo will become the first brand to hold a Facebook Guinness World Records title. 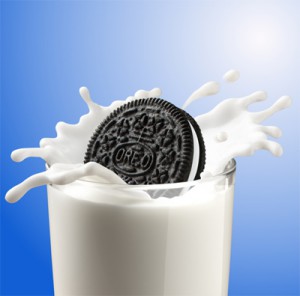 Oreo currently has the third largest Facebook community of any brand in the world. Three per cent (120,928) of the entire population of Sydney belong to the cookie’s Facebook page with 387,906 Australians across the country belonging to Oreo’s Facebook page.

To participate in the Guinness World Records attempt or for more information on Oreo, visit www.facebook.com/oreo.